Preseason football is coming to a close which means cuts, recruits... but most importantly, things will remain final. So what’s the word in the stands? Here’s a quick update.

Redskins finally made a smart move. 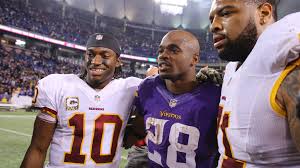 After losing two 1,000-yard receivers, the team realized they had some gaps to fill. After all, their latest addition Alex Smith would need someone to throw the ball to, right? Turns out it’s Adrian Peterson. The veteran RB dominated college ball as an Oklahoma Sooner and entered the league in 2017 with the Vikings. In 2017, he was recruited by the Saints and later in the season became a Cardinal. Needless to say, he knows his game. We have yet to see him in a Preseason game, but he’s looking pretty good at practice.

Will we see more of Lamar Jackson? 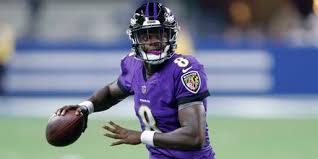 This kid is doing quite well playing QB. Playing so well, he might be making Joe Flacco a little nervous. Either way, playing as a Rookie he still has some work to do when it comes to timing and accuracy, but let’s not forget he is still a Rookie. Despite all of the praise, Jackson still believes he has not played to his full potential yet. (Whaaaat?!)

Cleveland is only growing stronger. 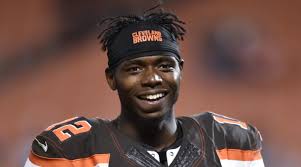 Now if you have been more distracted by the Browns Hard Knocks season this year (we know we have), understand that Cleveland is functioning. Like, really functioning. First of all, the Browns have Josh Gordon back. So, that’s already a plus. Baker Mayfield? He’s shaping up nicely as a Rookie quarterback. Tyrod (or Tuh-rod?) Taylor put up great stats against the Bills during their last Preseason game. Speaking of the Bills game, despite the fact that the Bills are still upset over a “dirty” block by Jarvis Landry, his presence on the field remains strong. Last but not least, Antonio Callaway’s punishment is looking like a blessing in disguise. After the Rookie wide receiver got in trouble with the police for possession of marijuana, the Browns made him play most of their game against the Giants as punishment. The result? Callaway was catching the ball which means another receiver is on the board for the Browns. Long story short, the Browns are destined to win more than four games this season.

Dak Prescott is finding his groove. 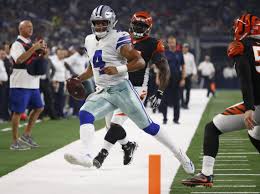 He started off slow but picked back up. Fans were concerned about his position when Dak kicked things off with a bunch of incomplete passes. But, he seemed to find his rhythm as Preseason progressed. However, based on some recent reports, you might not see Prescott until the beginning of the regular season.

Yes. We really need to know, is it Ty-rod or Tuh-rod?!

Oh and Jalen Ramsey is back this season continuing to trash talk basically the entire NFL. 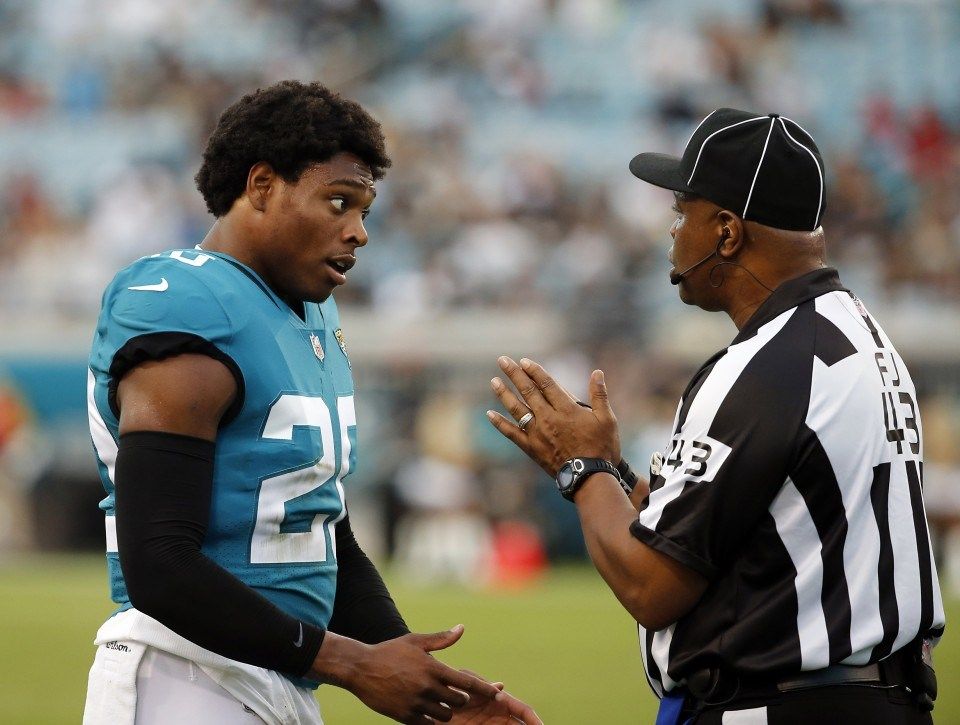 Either way, there are two weeks left of Preseason before things start getting really serious. Which player you are most looking forward to watching? Comment below.